How I Helped A Realtor Reach Thousands On Social Media 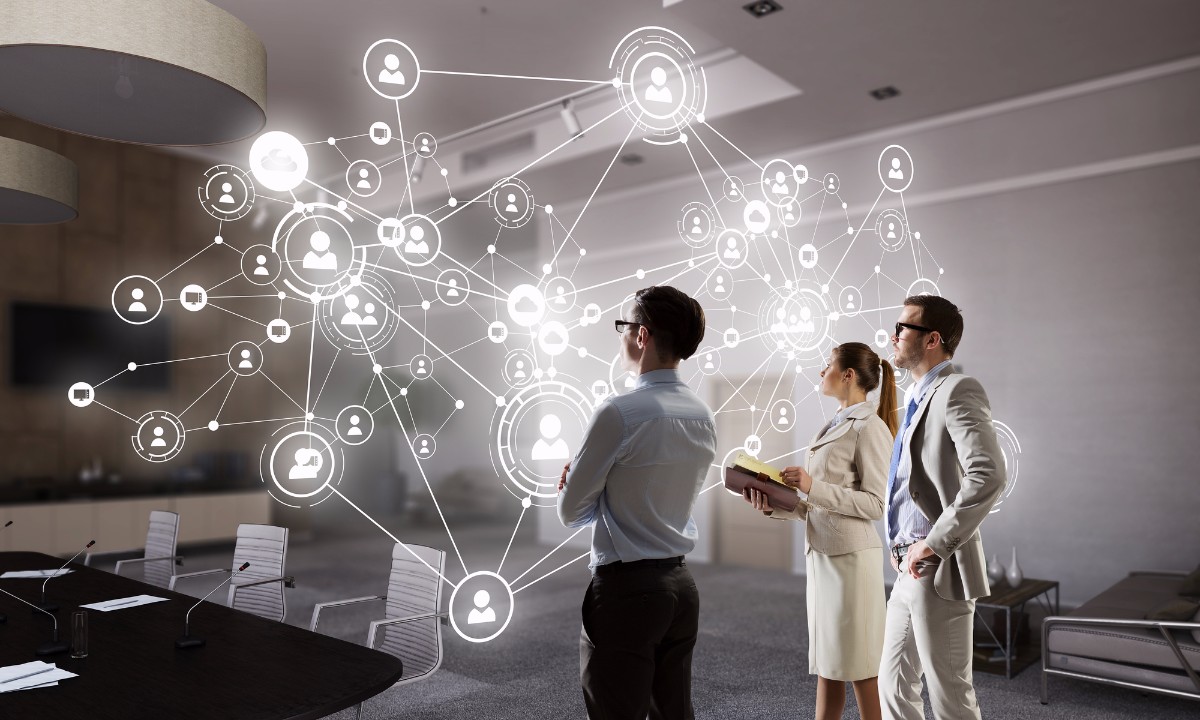 You see, my Father is a Realtor. We have been working together for a while now, but it wasn’t always like this…

I spent a lot of my time working at multinational companies like Procter & Gamble (that’s me on the right in this picture..!)

But a little over a year ago, I saw a massive opportunity in the social media space for businesses. I wanted to see how much impact a little hard work on social media could have on someone’s business…

… so, I started working full-time on my Dad’s Real Estate business. Here’s a picture my sister posted on Facebook the day we started to work together! 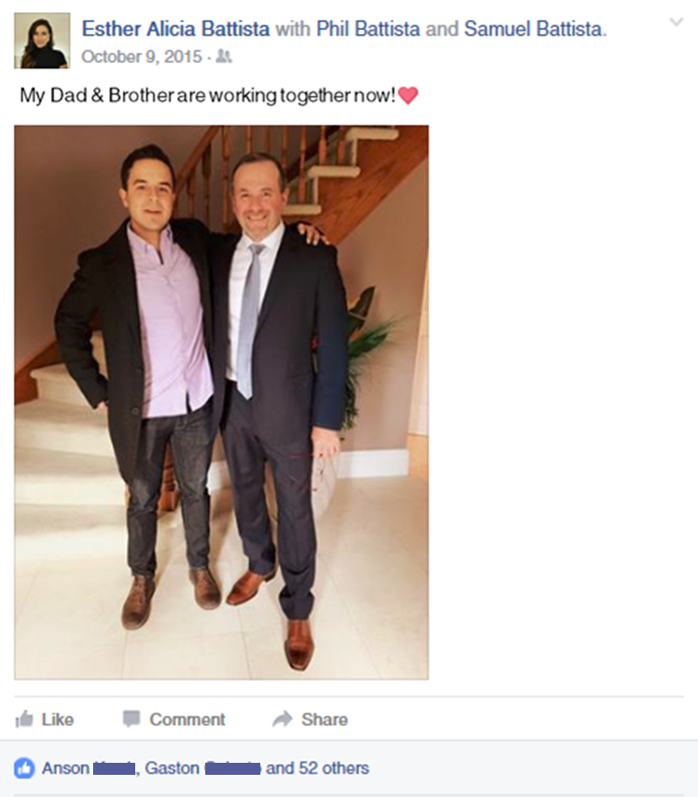 Together, my Dad and I tried everything online and on social media!

We tried all different types of tactics. We tried Twitter, LinkedIn, Pinterest… you name it! We spent thousands of dollars on Google AdWords…

I also called every lead generator and online realty service in North America… and, I’m sad to say, spent some of our hard-earned dollars on them…

After all of this, I realized that my Dad’s marketing tactics were right all along…

I realized that you, the Realtor, has always been right.

You simply get out to as many people as possible, in a certain geographic area and remind them that you buy and sell homes!

The only difference now is that you must do that in the new digital era.

Well, we found out how you could get in front of thousands of people.

But not just random people… we found out how you could get in front of thousands of interested buyers and sellers… on social media… specifically by using Facebook (something over 79% of adults are on)!

This wasn’t by any means through luck. We reached over 600,000 people in search for what works for Realtors on Facebook. This is a screenshot of how many people we reached in less than a year… 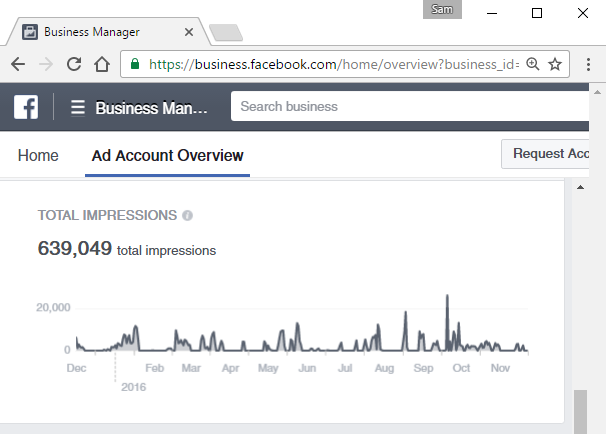 We started using this new strategy on Facebook to drive massive brand awareness for my Dad’s business… some weeks he would get over 16,000 people (in his local marketing area) looking at his listings on Facebook… with his name & brand! 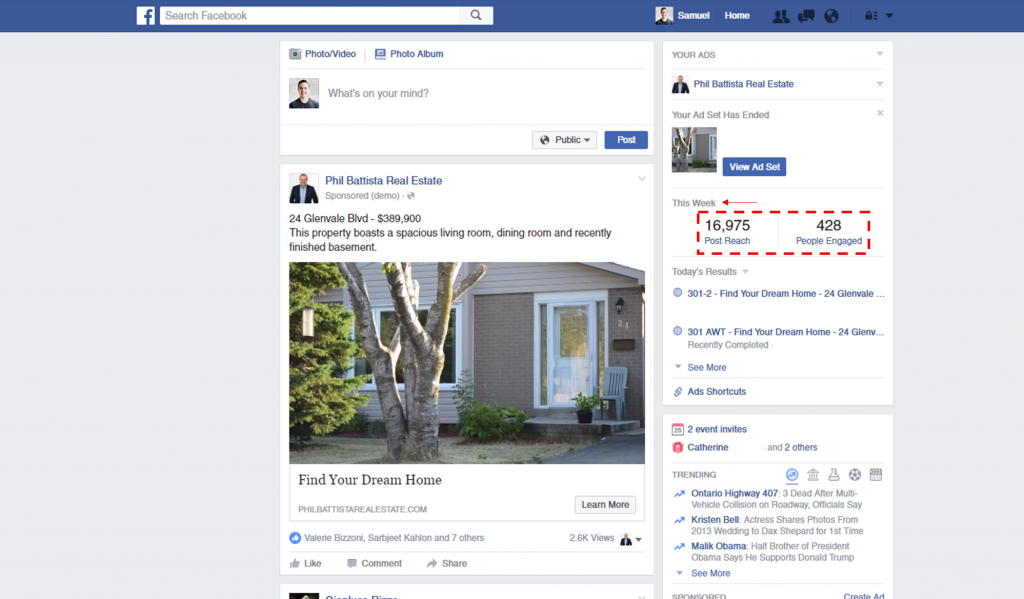 The key to this was advertising his listings on Facebook.

I’m not talking about spending crazy amounts of money. In fact, it didn’t cost much more than a typical newspaper ad or postcard campaign.

What we learned very quickly was that, you needed to invest, even just a bit, to reach people on Facebook.

The key was to invest, because no investment meant no reach.

But… with a little investment, you could get massive ROI as a Realtor.

After a few weeks this brand awareness started turning into engagements that would turn into leads.

My Dad would text or call me everyday, telling me about new engagements he’s had through people finding him on Facebook.

These are just from the comments on the actual listings we advertised on Facebook. 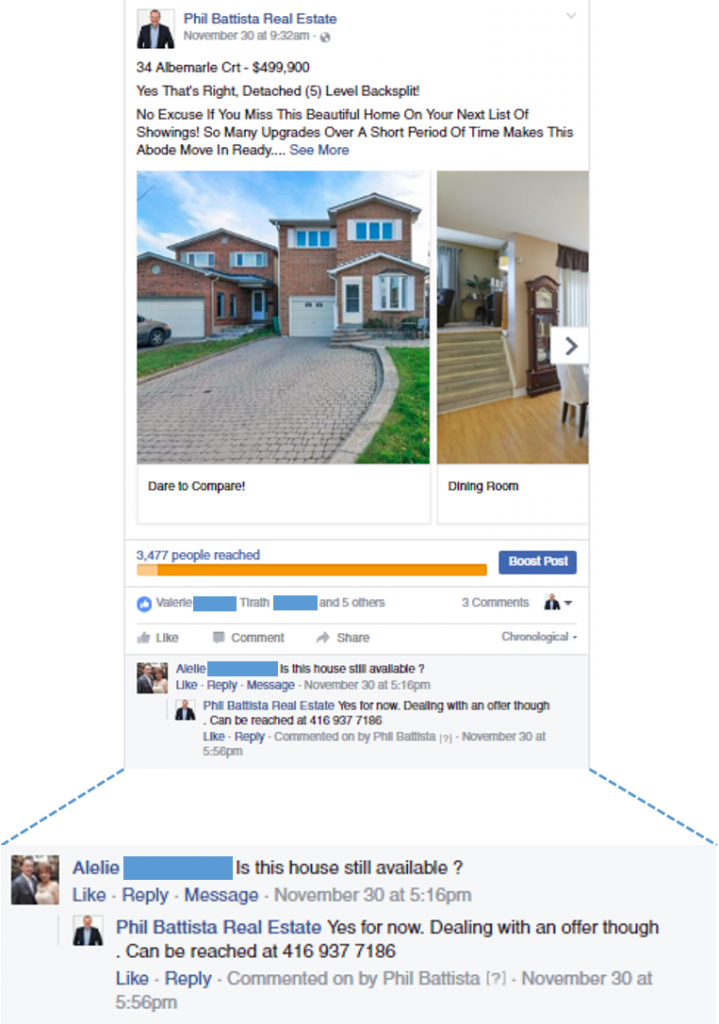 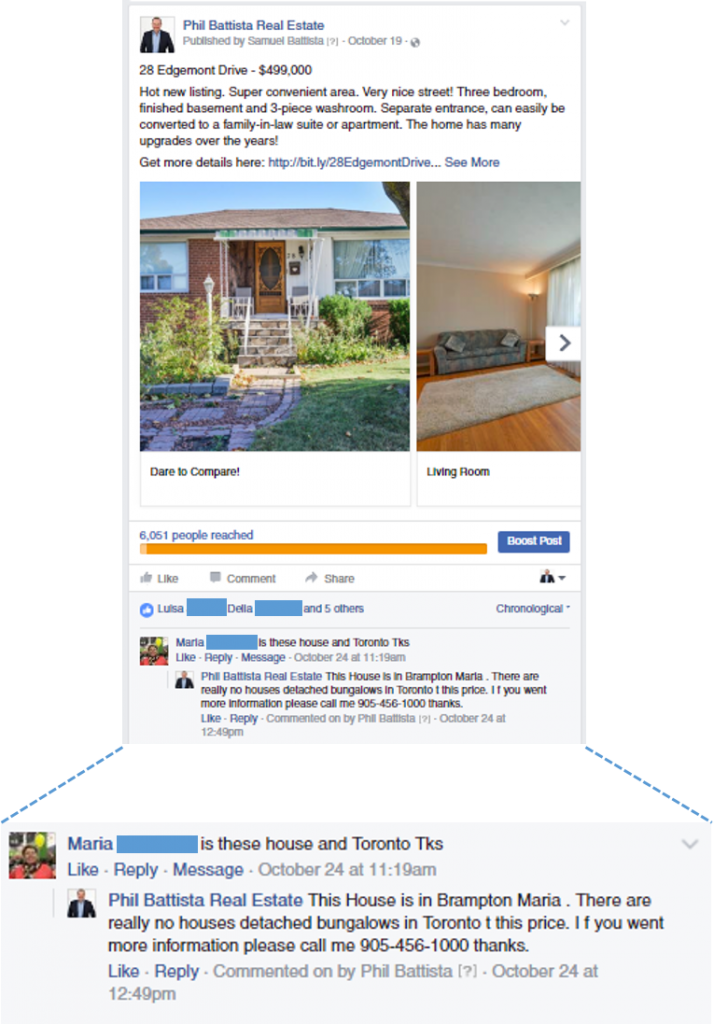 People who saw my Dad’s listings on Facebook also started tagging their friends who were looking for homes! 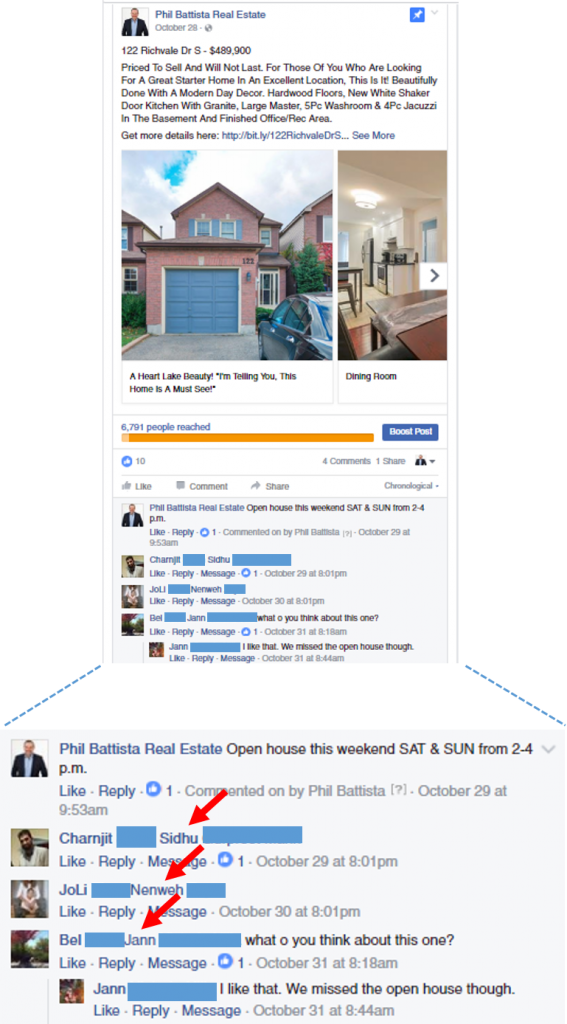 This got the listing to reach even more people who were interested in buying or selling homes!

Again, we had to spend some money to get the listings to reach people, but it was well worth it…

He also had people booking showings through all the exposure that he was getting.

Throughout all this time, we were so caught up with the increase in business that we didn’t realize how much of an impact we could have on the overall Real Estate market.

So when we had some time to breathe, my Dad and I decided to hit the road and start teaching Realtors these strategies, all across North America. Here’s a picture at one of the first workshops I ran! 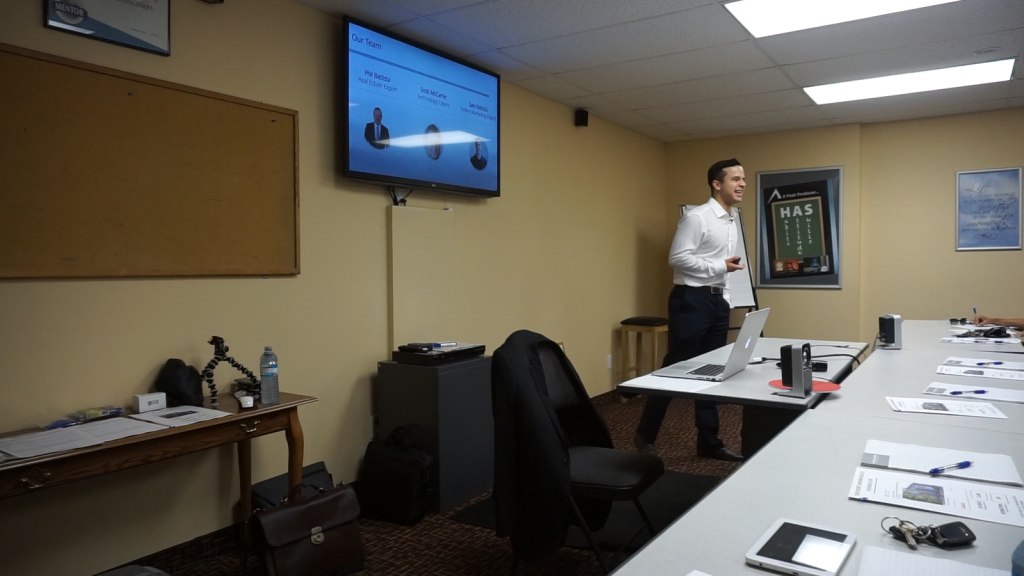 We were travelling everywhere… because everyone wanted to know how we were winning on social media.

So, we decided to create an online platform that would help you do what we did! 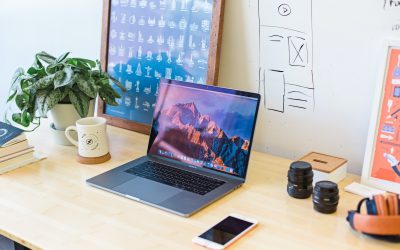 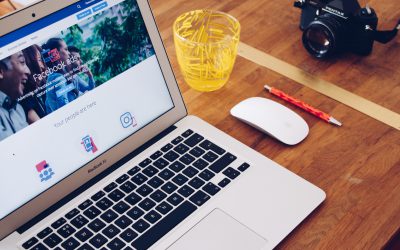 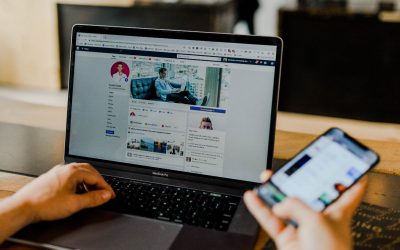